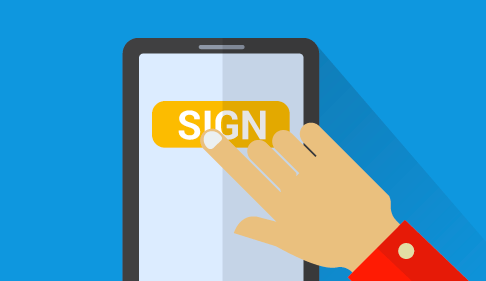 So let’s move onto the 3rd and 4th category of electronic signature , i.e. those not specifically dealt with in the ECTA. Firstly, where the parties formally agree to a format so the parties can agree in writing (which can include an electronic exchange such as email, SMS or Whatsapp), how they will acknowledge and respond to each other’s correspondence? This is subjective and there may be many variations.

The issue the court had to decide upon was whether or not a person’s email signature met the requirements of an electronic signature, as required by the ECTA. The court found this because the names of both parties at the bottom of their emails:

*        Were logically, ‘‘clearly and unambiguously’ associated with the data in their emails.

Let’s take this judgment a step further. In my view what the court essentially also established is that there was an implied, tacit acceptance that the exchange (which the Spring Forest case confirmed constitutes data) constituted an acceptable and binding form of communication. Over and above the rationale of the court pertaining to the electronic signature, if you enter into an agreement where consent is sufficient, then electronic consent alone is sufficient – you don’t have to add a signature. The ECTA itself (Section 24) indicates that ‘other means from which intent can be inferred’ is acceptable. So the ‘tick box’ ‘click and accept’ methodology reflects a ‘positive action indicating assent’

It should also be borne in mind that when the Consumer Protection Act, Act 68 of 2008 (‘the CPA’) is applied to a dispute, the adjudicating body is directed to bear in mind and consider the course of conduct between the parties (Section 52 (2) (h)). So when a party who regularly enters into transactions with the same supplier using e.g. the ‘click and accept’ system (and all of the T&C that are usually included and specifically referred to), such a consumer will be hard-pressed to refute the transaction relying on his ‘non-binding’ signature!